If you’re a hardware enthusiast, you might recall that back when NVIDIA’s GeForce RTX 3000-series cards launched, its Founders Edition cards came with a funky little power connector and adapter in the box. We have since learned that the connector is (or at least based on) the peripheral power connector from the PCIe 5.0 specification.

It seemed pretty obvious at first glance, but it wasn’t until October that we actually found out what this connector was. The PCI-SIG 12VHPWR standard defines the 16-pin (or 12+4-pin) connector, and NVIDIA, being part of PCI-SIG, simply implemented it from the draft spec more than a year before it was released.

We know this is the case now because the German site Hardwareluxx took delivery of one of ASUS’ new power supplies that includes the 16-pin connector as one of its modular cables. It’s true; you can plug it directly into your Ampere GeForce FE board without the need for an adapter and a bunch of extra wires cluttering up your case. By doing this, they confirmed that the card works just fine that way, and therefore the original NVIDIA 12-pin connector is fully compatible with the final version of the PCIe 5 spec. 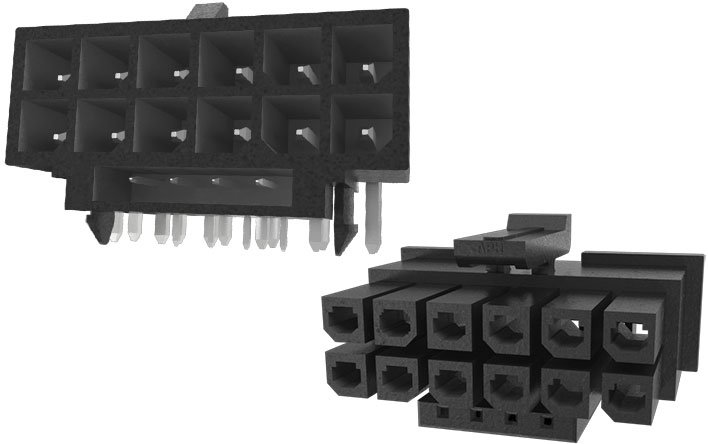 The main 12-pin connector is a “mute” connector used only for power. It supports up to 600 watts in theory, but in practice it will only deliver 450 watts without the extra four pins. These wires are used to allow the GPU to communicate with the power supply. This way they can negotiate that the GPU needs the extra power and that the PSU is able to provide it.

Such a powerful power supply is supposed to be necessary for NVIDIA’s next-gen Ada Lovelace GPUs, at least on the high end. These cards are reportedly aiming for very high performance gains over the current generation, and it looks like NVIDIA could take the Soviet approach to achieve that. Hopefully NVIDIA shares some details about this during GTC.

SWOT analysis of the Underwater Power Connectors Market by 2028