In 2011, a report by the United Nations Environment Program (UNEP) noted that before any clean-up operation in Ogoniland, Rivers State, it was first necessary to provide potable water. But the government agency in charge of the project started remediating the land without supplying water. After much criticism, the government has backtracked as the first batch of water supplies begin in oil-rich communities.

Clean, drinkable water now flows in parts of Ogoniland. This is in fulfillment of Nigeria’s promise to restore underground and surface drinking water that had been polluted by oil exploration for over 60 years.

“The water flows in Alesa to three surrounding municipalities. It’s a dream come true. People are happy. Even if you come here at 3 a.m., the tap is on,” said Victor Obari, a youth leader.

Alesa is one of the locations in Eleme – a local government area in Ogoni – infamous for one of the worst oil spills in the Nigerian Civil War. It is one of the most deeply polluted environments in the region; its water is contaminated with benzene, 900 times above the World Health Organization (WHO) standard.

Water supply started in some communities in November, but many still face such difficulties

A pump operator at the aqueduct enthusiastically declared: “When we turn on the tap to the communities, these two tanks (450 cubic liters each) are emptied in less than 40 minutes. This means that people really use water; they are very excited.

TheCable’s findings showed that the Alesa Aqueduct (built and commissioned by the Rivers State Government) has been rehabilitated. Although it is designed to supply water to five communities, namely Alesa, Alode, Agbonchia, Aleto and parts of Ogale, it supplies only three communities.

Noble Nwolu, another youth leader in Nsisioken, a district of Eleme, told TheCable that his people are happy to have water even when the supply has not started.

“People are happy to have good water because for 20 years we can no longer bathe in this water or drink it. Some can use theirs to wash themselves, while in some areas you can’t even use it. We spend a lot of money buying bottled or bagged water. So it is expected that they will soon have good drinking water and stop buying water. But for now, everything is still the same,” Nwolu said.

A report published by TheCable in 2020 showed how crude oil flows from wells and taps in this community. As things stand, nothing has changed. Blessing Onoma, who lives in Eji community, recounted how people walk several kilometers to fetch water. 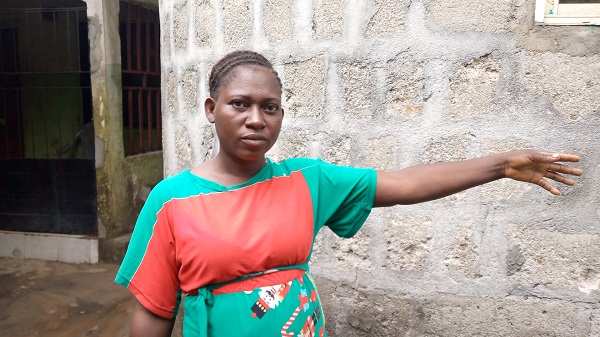 “We are still suffering; we cannot drink this water. You can’t even swim in it. If I show you my body, you will see rashes everywhere,” Onoma said. She spends more than 5,000 naira a week buying water from local water vendors who sell trucks full of jerry cans.

In March, the Federal Executive Council approved a sum of N6.4 billion for the first phase of the water supply which will cover different communities in four LGAs of Ogoniland namely: Alesa and Ebubu-Nsisioken-Ogale in Item; Barako-B-Dere-K-Dere; Terabor in Gokana; Bori-kpean to Khana and finally Korokoro-Nonwa to Tai. This first phase, which will involve the rehabilitation of existing hydraulic works and the construction of new water stations, will be implemented through the Hydrocarbon Pollution Remediation Project (HYPREP), the executor of the report of the UNEP by FG.

TheCable monitored the implementation of this report, visiting the locations of other water projects to assess progress and community expectations. 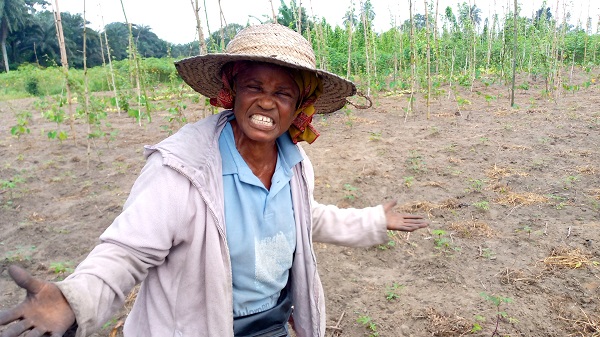 Grace Namon: They can poison our water

The story is different in Gokana LGA where two sister communities, B-Dere and Kegbara Dere (K-Dere) are supposed to share the water system, but some residents of K-Dere said the plan could not work in because of a centuries-old enmity between the two communities.

Two water reservoirs, four treatment plants and office blocks were under construction at B-Dere (the main water station), but work was stopped on the project due to the crisis. Lawrence Nwilene, Project Manager, GeoQuest Engineering, the responsible contractor, said there was a dispute over the parcel of land given for the project. 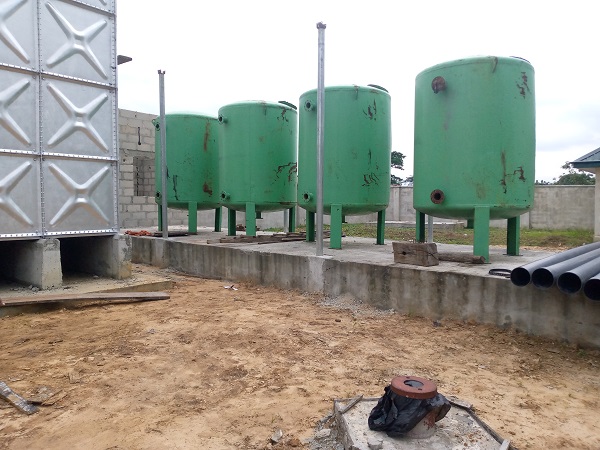 “The community gave us the land, but an individual claims it. As we speak, the case is still before the courts and that is why we had to stop working on it. But we hope it will be resolved soon,” Nwilene said.

Many community members don’t fully understand what’s going on, but Grace Namon, environmental rights activist and women’s leader at K-Dere, spoke to TheCable about the possibility that the host community (B-Dere) is “arming “water against his community. .

“For a project like water to be located in your enemy’s house is not good. They tend, when their minds are not working well, to poison the water and pass it on to us to fetch. This will lead to mass deaths. They can use it to victimize us. So, to avoid future regrets, my people say NO! We will not use the water,” she said.

K-Dere, in particular, is home to Africa’s largest and most important oil field, Bomu Collector, which has 54 oil wells and is one of the most polluted communities. Historically, the 1993 environmental rights protest led by the late Ken Saro Wiwa took place at this very location.

Speaking on the dispute, Eric Dooh, the first oil spill victim to win global precedence against Shell in The Hague after an 18-year legal battle, said HYPREP’s choice to pair the two communities, knowing that the age-old dispute between them is a bad thing. a.

“Why would they do that knowing that these two communities have been at loggerheads for years. This is wrong,” Dooh said.

WATER PROJECTS NEAR COMPLETION, BUT…

There is a newly built water station in Barako, the hometown of the former HYPREP project coordinator. Two huge 450 (900) cubic liter water reservoirs, a generator, treatment plants, a laboratory and an office block for operation and maintenance staff have been put in place, but the water supply water has not started yet.

“People see the water supply project, but they don’t believe it’s real until we start the supply. They hope it’s real. We have completed the cross-linking and tested the pipes under pressure; we achieved a 90% completion rate. All that remains is to employ personnel who would manage the installation,” Nwilene told TheCable.

Similarly, in Ken Saro’s home town of Wiwa in Khana LGA, Terabor in Gokana and Korokoro in Tai, the same water supply station structure has been installed – surface and above-ground reservoirs, treatment plants, laboratory of water analysis and staff quarters. However, reticulation works in communities and pressure testing are still ongoing, and in many places recovery points have been erected within the community. But local residents and contractors all express similar concerns, namely: will this gigantic construction site last? 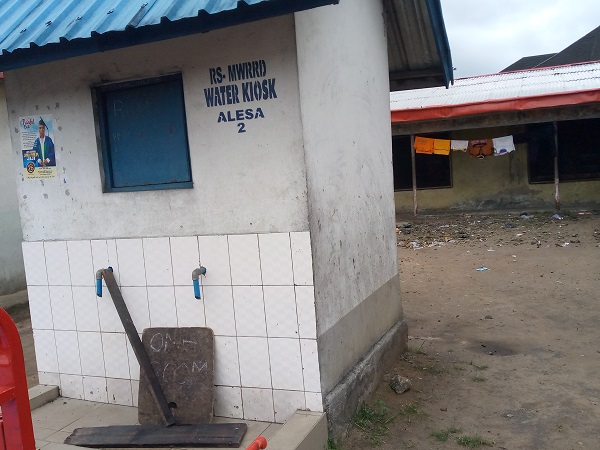 One of many failed water projects in Alesa

“My main concern is how to sustain this gigantic project,” Nwilene said. “We are only here for a year to train the community and then hand over the project. There are so many things to consider starting with the cost of diesel as there is no stable power supply here in Gokana, community ownership and maintenance. We discuss all of this.

An entrepreneur from Alesa, who preferred to remain anonymous, expressed concern about the sustainability of the project.

“When there’s no electricity, we can’t pump…and now you know the cost of diesel,” the contractor said. ”We have a big generator here. But the cost of diesel is very high. We are thinking of ways the community can also start to be self-sufficient. We have heard that the federal government wants to connect Ogoni directly to the national grid. We pray it works.

Philemon Ndelee, the principal engineer of El-Sunnic, contractor for the waterworks of Terabor, said the company sees renewable energy as a solution to the challenges that could blight water projects.

“We are also looking at solar options. We install a hybrid pump. You can see the Power Plant there as a backup. We are exploring all options as we are determined that this project will not fail,” Ndelee said.

In the May issue of HYPREP Herald (a monthly newsletter), Ferdinand Giadom, project coordinator, admitted that most projects as they were designed at the time of UNEP’s 2011 report did not have a sustainability plan in place. The coordinator, however, promised that things would change under his leadership.

“We’re not playing politics with this one,” Giadom said. “We will connect Ogoni to the national grid.”

At present, several communities in Ogoniland are not connected to the national grid, resulting in unstable power supply which is expected to hamper the success of water supply projects. According to the HYPREP project coordinator, there is collaboration with the Ministry of Electricity. He said engineers from the Transmission Company of Nigeria (TCN) have carried out feasibility studies to connect Ogoni to the national grid.

“The transmission lines will then supply 132KVA to injection stations in the six kingdoms of Ogoni country,” he added.

Giadom said such a feat will not only power the water stations, but contribute to the full implementation of UNEP’s report – environmental and livelihood restoration, center of excellence functionality and proposed economic development hubs that will house production and manufacturing. activities in the four LGAs. 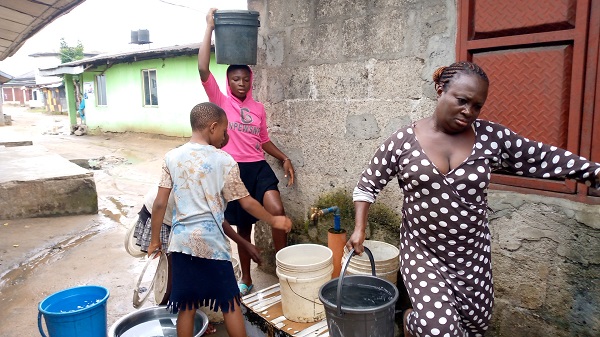 With the new project, residents, who have witnessed failed water supply projects, said it was too early to raise their hopes. According to them, they look forward to sustainable water projects that can alleviate the centuries-old suffering of the Ogoni people.

The president ensures the continuous power supply of religious places

Decarbonize the power supply while maintaining reliable and affordable electricity